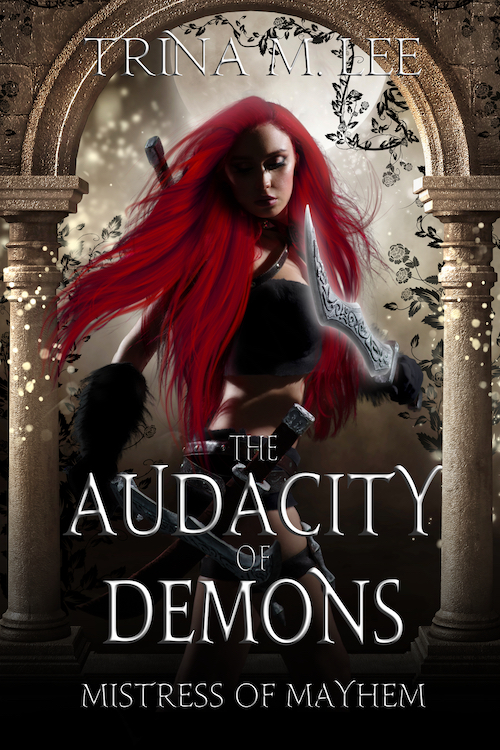 Blaze is The Circle of the Veil’s newest recruit, and it isn’t by choice.

Secret supernatural society, The Circle of the Veil, is recruiting rogue supernaturals to protect their kind. The job: make life hell for The FPA, a shady government organization known for hunting witches, vampires and werewolves to use in mad science experiments.

A vampire with volatile blood magic, Blaze makes a reckless mistake that gets her busted by Nova, the mesmerizing incubus demon who makes her the offer she can’t refuse. Because the alternative is death.

She’s forced to train alongside other badass beasties, including the playful werewolf Rayne, the mysterious werewolf Corr, and Ghost, an elusive and lethal vampire, the one night stand Blaze never thought she’d see again.

It’s a misfit team of deadly recruits. If it wasn’t for the hot but infuriating as hell Nova acting as her handler and trainer, Blaze might even grow to like this gig.

If it doesn’t get her killed first.

Mistress of Mayhem is set within the Alexa O’Brien Huntress world. Although there is some crossover you don’t have to read Alexa first to enjoy this one.