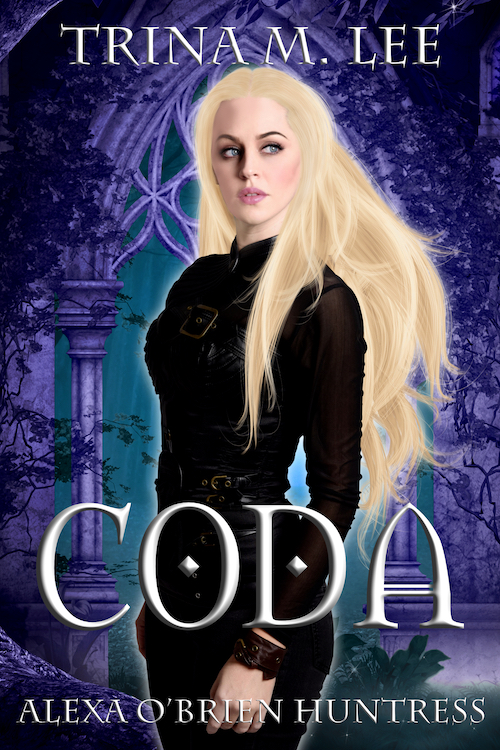 Definition: In music, a coda [ˈkoːda] (Italian for “tail”, plural code) is a passage that brings a piece (or a movement) to an end…That closing adjunct of any movement, or piece, specially intended to enforce a feeling of completeness and finality. – Wikipedia

Some things will soon come to an end. While others are just beginning.

The breakdown of Arys and Alexa takes them to a whole new level of twin flame hell. Suffering the loss of their keystone, they’re unravelling fast. Time is running out to change the destiny of their destruction.

Kale Sinclair has come home from Las Vegas with one purpose. To die. For her. It’s a purpose that keeps Alexa awake, that rocks her to her soul. It’s the only way to break the curse that forces her to face Shya’s torment every full moon. Kale wants to save her from this misery, and he’s more than ready to leave this world with a bang. Alexa would rather suffer than end Kale. But it doesn’t matter what she wants. This time it’s not really about her.